Search for a Victoria, BC Dream Home

Finding the perfect home in the Victoria, BC real estate market can seem intimidating, but it should not be. While the city of Victoria itself is quite explicitly defined, it is just one of thirteen districts (municipalities) that make up the Capital Regional District (CRD). Nested on the Southern tip of Vancouver Island, the municipalities include Victoria, Oak Bay, Esquimalt, North Saanich, the Saanich peninsula, View Royal, Langford, Colwood, Metchosin, Sooke, Sidney, Highlands and Saltspring Island.

Each of the districts offers unique real estate choices and unique neighbourhoods and lifestyles within. We recommend prospective buyers take the time to familiarize themselves with the neighbourhoods if unfamiliar. There are also some considerations listed below the form you may use to search MLS® listings to get familiar with real estate listings and prices in Victoria.

General Information about Victoria, BC

The Greater Victoria city metropolitan area (including the CRD) population is estimated at 390,000 in 2020 according to Macrotrends.net. There are an estimated 139,000 housing units available for the population as reported by the Capital Regional District (CRD), creating a real estate units available to population ratio of approximately 1:3. The CRD (all municipalities) is the 15th largest metropolitan center within Canada. Real estate is varied with a mixture of urban condominiums (condos), apartments and rental units, many residential houses, duplexes and in the outlying areas, many acreages with single family dwellings or farm operations. This page contains information on some of the more common primary considerations purchasers of Victoria real estate have expressed.

Many home buyers migrate to Victoria, BC from colder, Eastern climates including urban centers such as Toronto and Montreal. Many stated they were not originally sold on the idea of condo living in Victoria, BC yet have settled into a lifestyle that British Magazine ranked as the 5th overall BEST CITY in the world for populations under 250,000. One of the unique traits about Victoria, BC is the vast range of real estate choices, from modern condominiums in the central downtown core to 1800's Victorian style houses in Fairfield and James Bay. The urban living options include old brick buildings with art deco style facades yet meticulously remodelled and updated to provide modern comforts. Unlike most urban living experiences, Victoria, BC residents living in the downtown core can travel out of the city in less than 20 minutes to experience the wilderness of the Malahat or any of the many nearby regional parks. Buying real estate in the urban Victoria city centre can allow buyers to live a more eco-friendly lifestyle. Many state that owning a motor vehicle within the urban area is not a necessity. Carshare programs and bike lanes can easily provide access to surrounding areas as does regional public transit.

Victoria BC Real Estate offers vast choices for those who wish to live the rural lifestyle. This includes many areas in Saanich, Metchosin, Langford, Sooke, Colwood and the Highlands. While most are only 20 minutes from downtown Victoria, real estate offerings in these districts offer larger acreages and a much sparser population density. Sooke is a further commute and offers house and empty acreage/lot choices alongside the Pacific Ocean on the Southwest coast of Vancouver Island. Many Metchosin residents own livestock on their 2.5 acre or larger lots while enjoying the convenience of being close to urban conveniences in both Langford and downtown Victoria. Deer, wild hares, birds of all sorts and even the occasional bear are regular denizens of the edge districts.

There are properties amongst Victoria BC Real Estate listings that are unbelievably luxurious as the district is home to some of the finest homes in North America. Consider this recent Oak Bay - Uplands listing of a waterfront estate on a prized 1.67 acre level beachfront property. The 11,900 sq ft custom residence has an exterior with timeless and elegant design with beautiful hand-crafted modern finishing indoors and out. Click on the image to go directly to the listing if it is still active. 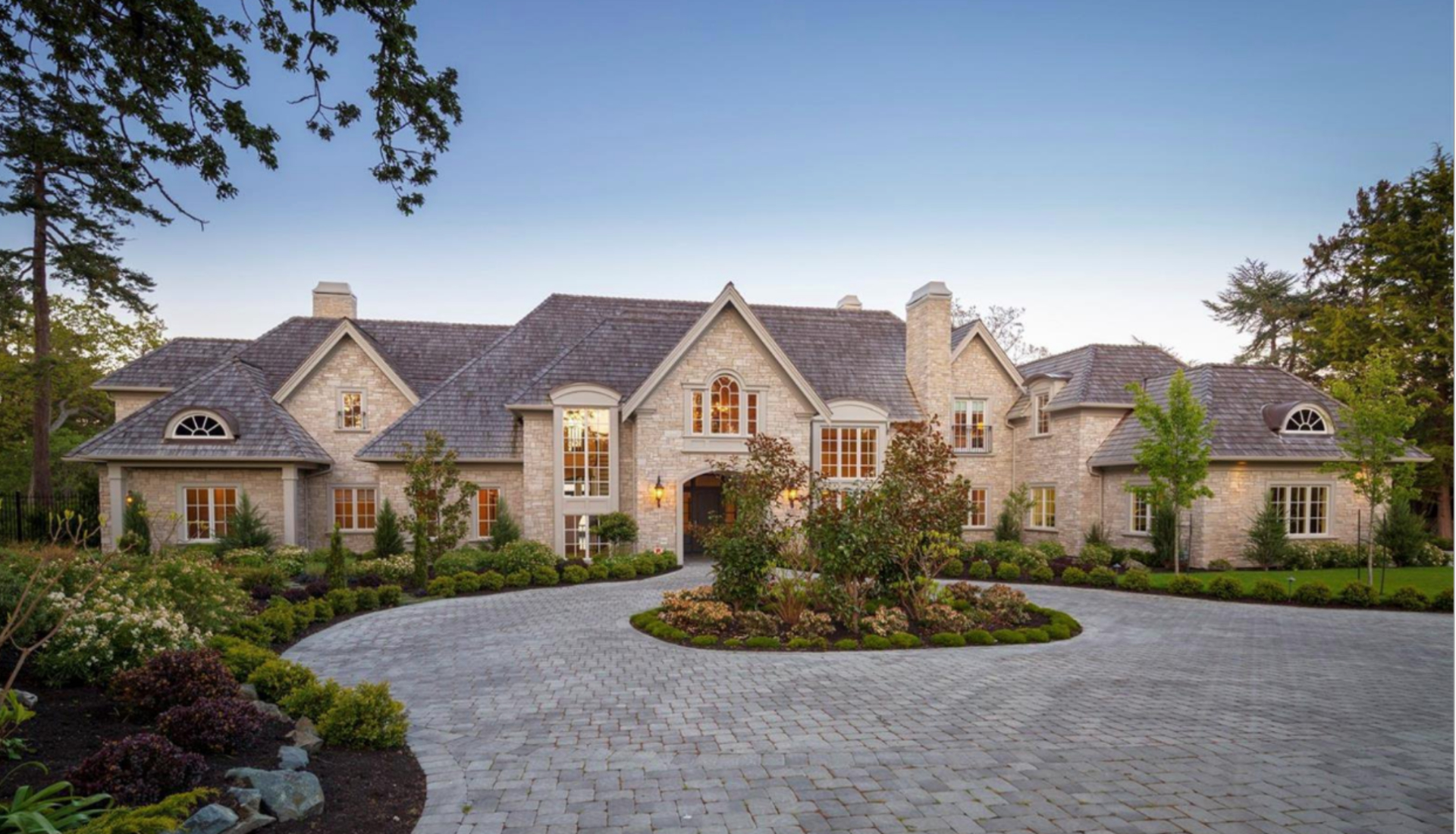 This prime example of Victoria's luxury and upscale real estate market is not unique either. Many more such listings exist. To view the listings, use the form above to search the Victoria, BC MLS® listings and filter the results by most to least expensive.

While Victoria, BC real estate has risen in price substantially over the last 4 decades, affordability remains a common theme amongst MLS® listings. Even within the downtown core, in June 2021 a listing for a condo almost immediately adjacent to the Legislature buildings was listed for $234,900. At today's mortgage rates, this is affordable to almost anyone with an income of over $28,000 per year. Other sub-$300,000 listings existed for prime condominiums alongside Elk Lake (a beautiful recreation area) and towards the Colwood Belmont areas, an oceanside community.

Due to Victoria's mild year round weather with mostly rainy winters, commuting by bicycle is possible year-round. Victoria does have some mild hills however the majority of the cycling lanes in the region are segregated from motor vehicle traffic and quite easy. Victoria had the highest rate of bicycle commuting to work of any census metropolitan area in Canada in the 2011 and 2016 census. For cycling enthusiasts, seeking a house near a bike lane is easy as they literally crisscross the entire Capital Regional District. Real Estate alongside the more rural Galloping Goose Regional Trail, Lochside Regional Trail and the E&N rail trail would also be advantageous for cycling families. The latter trails are designated exclusively for foot traffic, cyclists and hybrid/other micro mobility vehicles like scooters, eBikes and skateboards. Those trails also pass through many communities from the downtown core and extend out up to 62 kilometres to the Sooke potholes and the 24km trail to Northern Saanich.

A home-buying opportunity exists for almost any budget in the Victoria, BC real estate market. The southern tip of Vancouver Island is one of the most stunningly beautiful places to live on the planet, away from the over-crowding and tussles of other major metropolitan settings. Surfing the Pacific ocean at Sombrio Beach, Tofino or any of dozens of "secret, locales-only" spots is just as accessible as any one of the 16 golf courses in the immediate area. The fine dining and unique cultural choices, including many influenced by the first nations, set Victoria apart from almost any other city in the world.

We hope you have found this information useful. If you feel anything is missing or have any further questions, please use the contact form to leave us a note and one of the local experts will be in touch to help you out.